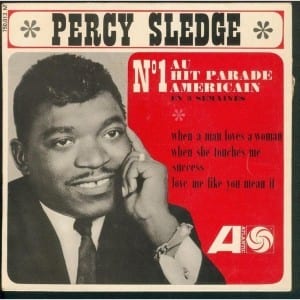 The soulful, R&B legend who brought us “When a Man Loves a Woman” which topped the charts back in 1966, has died, sources say. Percy Sledge, who had liver cancer, died Tuesday in Baton Rouge, LA, at the age of 74. “Mr. Sledge died of natural causes,” said East Baton Rouge Parish Coroner Dr. William Clark. “He had been in hospice care for cancer,” Clark said as well. Born Percy Tyrone Sledge, on November 25th, 1940, Sledge honed his skills, early in life, by singing in his church’s gospel choir.

Sometimes referred to as the King of Slow Soul, Sledge was one of the first, major stars of the south. His fame came after years of working as a hospital orderly, picking cotton, and playing at colleges and clubs on the weekend. “I was singing every style of music: the Beatles, Elvis Presley, James Brown, Wilson Pickett, Motown, Sam Cooke, the Platters,” Sledge once said.

Sledge rose to fame after a patient at the hospital he worked at introduced him to record producer Quin Ivy. After signing to Atlantic records, he released “When a Man loves a Woman,” which reached number 1 on the 1966 pop charts, was written by Sledge about a woman who’d left him for another man. It went on to sell over a million copies, and became Atlantic’s first gold record.

He went on to release a total of four albums for Atlantic in the 1960’s, but aside from his first release, also the same title as his hit song, he never achieved the same success as he first did. The aforementioned song ranked at 53 on Rolling Stone’s top 500 songs, and has been featured in many movies, and covered by Michael Bolton in the early 90’s.

Percy Sledge was inducted into the Rock and Roll Hall of Fame in 2005, and his final album, “The Gospel of Percy Sledge,” was released in 2013. The next year he had surgery, while battling his cancer.