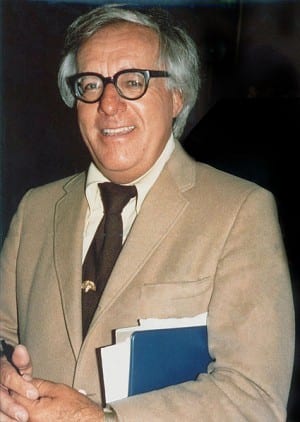 Ray Bradbury, the science-fiction author best known for his American classic Farenheit 451, has died at the age of 91.

Ray Bradbury was also known for his other works The Martian Chronicles and Something Wicked This Way Comes.

Bradbury wrote more than 600 short stories during his lifetime, discussing futuristic topics at the time, such as ATM machines.

Ray Bradbury also wrote the screenplay for John Huston’s film adaptation of “Moby Dick” as well as adapting 65 of his stories for “The Ray Bradbury Theater.”

He won an Emmy for his adaptation for the teleplay of “The Halloween Tree.”

Ray Bradbury was the recipient of the 2000 National Book Foundation Medal for Distinguished Contribution to American Letters, the 2004 National Medal of Arts and a 2007 Pulitzer Prize Special Citation.

Bradbury had lived in Los Angeles since his family moved there from Waukegan, Ill. during the Great Depression.

Ray Bradbury is survived by his four daughters and eight grandchildren. His wife of 57 years, Marguerite, died in 2003.