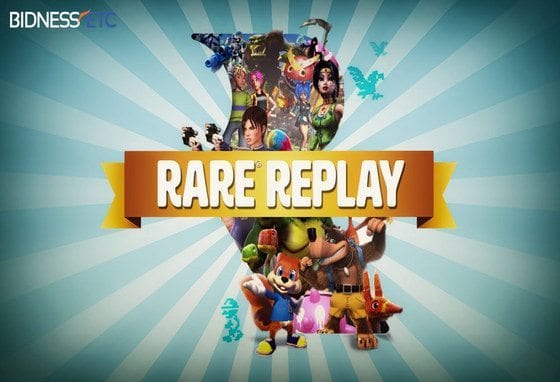 Back in 2002 Microsoft purchased a company that had made a name for themselves in the world of game development. Rare, known for titles like Banjo-Kazooie and GoldenEye 007 was well-established and beloved to many. For a time, Rare was cast aside and used exclusively for what seemed like “busy work”. Despite Microsoft’s promise that they were being used appropriately, many felt that the studio that once pumped out hit title after hit title were wasting away.

Under Microsoft, Rare released games that scored well and were fun to play, Grabbed by Ghoulies and Viva Pinata for example, but titles sold poorly considering how well they were made. In 2010 the developer was restructured and, again, set aside, used for Kinect titles and the Xbox Avatar system, introduced towards the end of the Xbox 360’s era.

At E3 2015, Microsoft stole the show with exclusivity for popular titles, incredible announcements for their console, and announcements for new titles. Of those titles, one of the most exciting was Rare Replay, a collection of 30 games from the famed developer spanning from 1983 to 2008.

After spending a significant amount of time with the collection, it’s hard to say whether I like it or not.

The easiest breakdown of the collection is that it should be viewed in three segments: early-Rare, 90s-Rare, and modern-Rare. The earlier games, covering 1983-1994, don’t hold up. There are some exceptions, RC Pro Am for example, but largely the games during that period weren’t necessarily marvels of wonder anyway. For the most part, you’ll be playing these for achievements or for a feeling of nostalgia. Games like Battletoads really take advantage of the “rewind” feature, something you’ll find yourself using over and over, as games during this era were drastically harder than they were today. Not because gamers were better back then, but because arcades still existed and they wanted to take your money, not let you finish the game on one quarter.

The 90s-Rare, which we’ll extend up to the year 2000, includes fewer titles, but all of them are packed with content, deliver solid gameplay, and are recent enough that you can still enjoy what you’re playing. Banjo-Kazooie is the game we all remember, complete with the humor and lack of seriousness that made it popular. On the other hand, Killer Instinct Gold is a wonderful trip down memory lane, especially for those playing Killer Instinct on Xbox One. Thinking you’re going to go into this game and breeze through is incorrect, the game is harder than I remember.

The most recent era of Rare games features the aforementioned Grabbed by Ghoulies and Viva Pinata (both of them), as well as additional Banjo-Kazooie titles, Perfect Dark, and more. These games were on the original Xbox or Xbox 360 and if you didn’t keep them when you bought them, it’s nice to get them all in one pack.

Overall, expect the same games that you remember, but remove the rose-colored glasses that you see them through. Battletoads, for instance, is a title that I’ve been pining for since 2009, only to find that the game itself isn’t exactly the gem I remembered. A remake would still be great, but the original had some serious flaws. You’ll find that with most titles, as well, yet it’s still a nice trip down memory lane.

The most important thing that Rare Replay accomplishes is the simple fact that it’s an homage to a wonderful developer. With added history about the studio and the games they made, it’s nice to see Microsoft acknowledging what they have. Purchasing the studio for $375 million surely is a way to acknowledge that, but with many of the staff from that time having moved on to create their own studio (complete with a Banjo-Kazooie-inspired title, called Yooka-Laylee), there may exist some bad blood. That’s entirely speculation though.

Overall, the collection of games is well-done, is forgiving thanks to additional features, and gives everybody a chance to see where Rare came from, how they evolved, and, hopefully, what we can expect in the future. At $29.99, the price is perfect and will give hours of enjoyment, albeit not all at the same time. It’s a nice escape from what we have now and scratches that vintage itch that we all sometimes have.