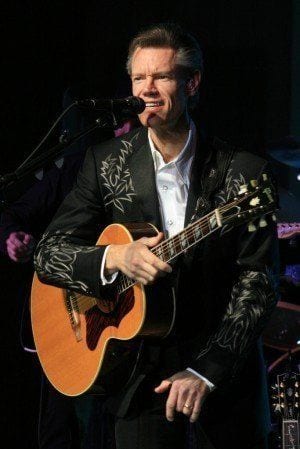 Singer hauled off to jail in Sanger, “Are you kidding me?”

The six-time Grammy award winner was allegedly sitting in the First Baptist Church parking lot with an open bottle of wine when authorities approached his vehicle. After somewhat of a struggle to open his car door and few slurred words, the officer eventually escorted Travis to jail for public intoxication.

“Really,” said the dumbfounded artist, “Are you kidding me?”

As the police officers continued with their arrest, placing cuffs on the country star, Travis’s antagonizing attitude continued, asking, “You fixing to put handcuffs on me, are you? Is that what you’re fixing to do?”

Travis was booked, cited and released a few hours later. The incident takes him back to his teenage days when the high school drop out was arrested for auto theft and burglary. He claims to regret decisions made as a teen and issued a public apology for his latest arrest, “I apologize for what resulted following an evening of celebrating the Super Bowl. I’m committed to being responsible and accountable, and apologize for my actions.”

Travis is currently on his 25th year of touring and is “fixing” to put this incident behind him.