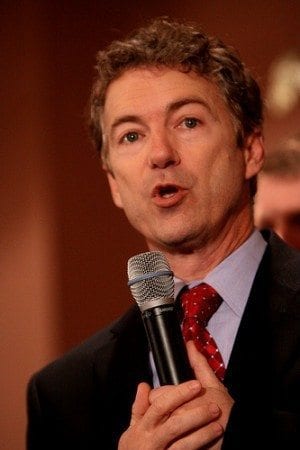 Apparently Senator Rand Paul (R-Ky.) never heard the old adage, “If you have nothing nice to say, then don’t say anything at all.”  The well-known senator, son of presidential candidate Ron Paul, had no kind words for Secretary Hillary Clinton Wednesday during the Senate Foreign Relations Committee hearing about the terrorist attack in Benghazi, Libya, where Ambassador Chris Stevens and three other American were killed.

“I’m glad that you’re accepting responsibility, said Rand Paul.  “I think ultimately with your leaving that you accept the culpability for the worst tragedy since 9/11.”  As if to rub it in, he added, “And I really mean that.”

“Had I been president and found that you did not read the cables from Benghazi and from Ambassador Stevens, I would have relieved you of your post.  I think it’s inexcusable,” Paul said.  Secretary Hillary Clinton has admitted that she did not read all of the documentation surrounding the attack.

Critics of Paul’s abrasive commentary are already speculating that his comments were engineered to cast a spotlight on a possible 2016 run for the presidency.  Rick Unger, a contributor to Forbes Magazine, blames him for scoring tea party political points from an American tragedy.

Miki Brzezinski, co-host of MSNBC’s Morning Joe, defended him, “Rand Paul was bringing up a point.  You may not have liked the way he brought it up.  But if an ambassador in a hot zone cannot communicate with the Secretary of State on the issue of security, there is something to be looked at.”

Clinton responded to Rand Paul’s criticism of her performance, “I am the Secretary of State.  And the [Accountability Review Board] made very clear that the level of responsibility for the failures that they outlined was set at the Assistant Secretary level and below.”