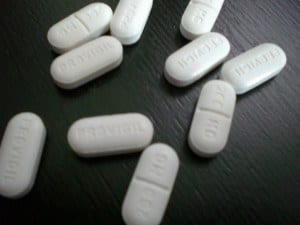 Provigil, a prescription medication used to treat sleep disorders such as narcolepsy and sleep apnea, is being used by individuals without such problems to stay alert and attentive throughout the day, according to an ABC News report.

Provigil is being used by a number of highly successful individuals in the United States, who prefer not to be named, to maintain wakefulness throughout the day. Known as “Viagra for the brain,” Provigil is keeping busybodies working successfully for hours without sleep, according to ABC News.

“People have used it to try to get an edge at studying at school. It’s becoming like Ritalin where people are taking it that don’t have anything. But they’re using it to try to increase their alertness,” Dr. Philip Gehrman, Ph.D., CBSM, clinical director of the Behavioral Sleep Medicine Program at the University of Pennsylvania, told the Huffington Post.

Modafinil, the active ingredient in Provigil, is of the class of medications termed “wakefulness promoting agents.” According to the National Library of Medicine, the drug alters the natural chemicals in the region of the brain associated with sleep and wakefulness.

“I could not do this without Provigil. You know, it just wouldn’t be the same,” a lobbyist who wakes each morning at 5 a.m. to exercise before work said. “It’s amazing. . . . I just don’t get . . . why more people don’t know about it.”

“[Provigil] can be the difference between I’m just making it through the day to I had the best day of my life,” according to Dave Asprey, an executive of a billion-dollar Internet security firm.

But when Asprey discontinued use of the medication for a short period, he began to experience withdrawal symptoms. “I’ve noticed that my speech is very slightly altered,” he said. Despite this, Asprey added, “I would like to really live during those years when I’m alive. I’d like to be fully alert, fully focused, and fully present all the time. Provigil helps me do that.”

Experts caution taking the drug long-term, as there has not yet been any research on this specifically.

According to PubMed Health, clinical trials revealed serious side-effects of proper usage of the medication, including:

In addition, Dr. Gehrman explained, people need to realize that taking Provigil is not a replacement for sleep, and they may experience the negative health effects of sleep deprivation if they don’t get enough sleep.

According to Dr. Joanne Getsy, chief of the Sleep Medicine Section at the Drexel University College of Medicine in Philadelphia, “Provigil is not a substitute for sleep. Sleep deprivation can cause and worsen heart disease, diabetes and high blood pressure.”

The Provigil website states, “PROVIGIL does not take the place of getting enough sleep. Follow your doctor’s advice about good sleep habits and using other treatments.”

See Also:
Nootropics – Can They Make You Smarter?