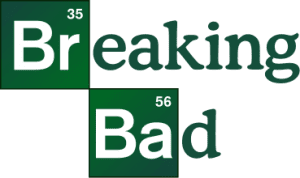 Mythbusters is taking on Breaking Bad for a future episode

A special episode of Mythbusters is on its way in which the team takes on the AMC original series Breaking Bad. They are to experiment with different tests inspired by the popular show. Star of Breaking Bad, Aaron Paul, as well as the creator, Vince Gilligan, are expected to make an appearance in the episode.

Gilligan previously expressed interest in having the Mythbusters team examine some of the events in Breaking Bad. It seems as though he is getting his wish. There are supposedly two tests to be completed in the upcoming episode.

The first comes from season 1 of Breaking Bad in which Aaron Paul’s character uses a regular bathtub to dissolve a body in hydrofluoric acid. Because he igorned Bryan Cranston’s character’s warning, the acid ate through the tub, causing it to fall through the floor.

The second test is said to tackle this season’s magnet-based caper. Creators of the show had other tests in mind, but are planning to save those for potential follow-up Breaking Bad/Mythbusters episodes.

Mythbusters host Adam Savage spoke on the upcoming episode saying, “We’ve been wanting to do a Breaking Bad episode for awhile. Obviously there’s a lot of fertile material to play with, so things that happen on the show have been ending up on our list of stories to tackle for a couple years now. And when Vince said in an interview that he’d love to see a Mythbusters/Breaking Bad crossover, we reached out to him directly and the response was overwhelmingly positive.”

As far as audiences speculating if Mythbusters will take on the “Blue Sky” crystal meth formula created by Cranston’s character on the show, the answer is no. It probably wouldn’t be the best idea to essentially teach people step by step how to cook crystal meth.

The Breaking Bad episode of Mythbusters is set to air this upcoming spring.