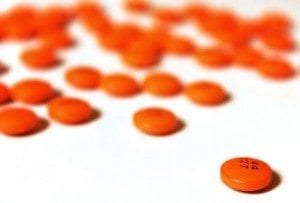 Provigil is being called the drug of successful elite

Those looking for a secret weapon to success have been turning to seeming power drug Provigil.

John Withers, a computer programmer, said in an interview with ABC news that Provigil enables him to successfully write code for 12 hours at a time.

“It helps you focus up for exceptionally long periods of time,” he said.

In the same interview with ABC News, Dave Asprey, executive of a billion-dollar Internet security firm, said he starts every day at 4:45 a.m. by taking a Provigil pill.

“[It] can be the difference between I’m just making it through the day to I had the best day of my life,” Asprey told ABC News.

Provigil is already garnering comparisons to Adderall, another “power” drug that also gets frequently abused. Still, Provigil is even being touted as more powerful than Adderall, taking on the nickname “Viagra for the brain.”

Still, doctors are warning Provigil users to be cautious, as the drug could potentially be deathly. They are reporting no long-term studies have been done on Provigil and its effects on the brain. Doctors are warning the possible side effects of the drug include sleep deprivation and lethal rashes.

Prescription sales for Provigil have increased 73 percent in the past four years, nearly doubling sales, according to IMS Health.