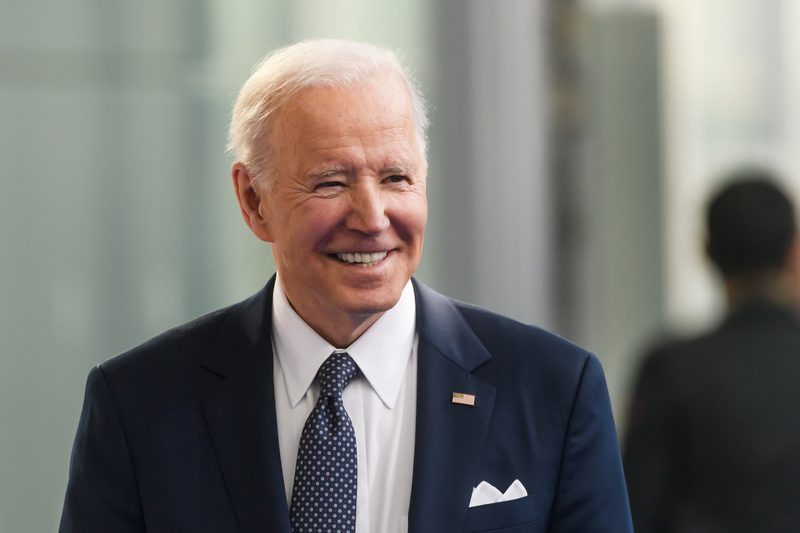 U.S. President Joe Biden has tested positive for Covid-19 and is isolating at the White House.

The 79 year-old tested positive on Thursday morning with White House press secretary Karine Jean-Pierre revealing in a statement that he is “experiencing very mild symptoms” and will continue to carry out all his duties.

She also revealed in the statement that the president is taking Paxlovid, an antiviral medication.

Biden has been fully-vaccinated and has also been administered with two booster jabs.

In a video message released on social media, the president thanked people for their concern, affirming that he was “doing great” and “getting a lot of work done”.

An update from me: pic.twitter.com/L2oCR0uUTu

In a letter released by the White House, Kevin O’Connor, the president’s physician, also described Biden’s symptoms as ‘mild’.

“Mostly rhinorrhea (or runny nose) and fatigue, with an occasional dry cough, which started yesterday evening,” O’Connor documented. He noted that he anticipates that “he will respond favorably” to Paxlovid, as “most maximally protected patients do”.

First Lady, Jill Biden, confirmed she tested negative but revealed that she has been in contact with the president.

“My husband tested positive for Covid. I talked to him just a few minutes ago. He’s doing fine, he’s feeling good,” she said. “I tested negative this morning. I am going to keep my schedule.”

Should Biden become unable to perform his duties due to illness she would be given presidential powers.

Biden was timetabled to give a speech on the subject of gun violence in Pennsylvania on Thursday. That was cancelled, and he is now expected to stay at his home in Wilmington, Delaware, for the weekend.

The virus has been on the rise again in the country with the BA.5 variant becoming the dominant strain. In total, there have been 89.7 million COVID cases and over one million deaths.

Previous Article3 Tips for Realistically Starting a Business in CollegeNext ArticleAdulting 101: Preparing for Your Post-grad Life