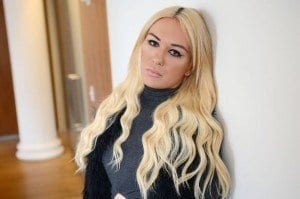 Managers Told Alexia Daskalakis That She Was “Disgusting” and “Useless”

Fast fashion retailer Forever 21 has been hit with a transgender discrimination lawsuit after a manager at a Forever 21 store in New York told a former employee, Alexia Daskalakis, that she was “disgusting” and a “hot mess” during her transition from male to female. Other remarks from Daskalakis’ superiors included, “in my eyes and in the company’s eyes, you’re still a male.”

In 2011, Alexia Daskalakis started working for Forever 21 as a sales associate and was soon promoted to visual merchandiser. According to her court complaint, Alexia Daskalakis’ “performance was always excellent, as evidenced by the fact that she consistently garnered positive end-of-year reviews, regularly received performance bonuses, and became one of the most tenured employees in the store” (p. 4, no. 19).

When Daskalakis began hormone treatments in August 2014, she informed her Forever 21 supervisors about her gender transition from male to female. While Alexia Daskalakis’ friends and colleague were supportive of her gender transition, her superiors reacted differently, especially when she began to dress in a more traditionally feminine way.

In her lawsuit, Alexia Daskalakis alleges that her superiors began to mock her. Daskalakis’ immediate supervisor, Patrick Walmsley, began to yell at her and call her “useless” in front of customers.

In one instance, Walmsley criticized Daskalakis for dressing too provocatively during an overnight shift after the store was closed, even though other female employees were dressed the same way.

“You’re still a male, so you need to abide by the male dress code,” Walmsley allegedly told her.

Alexia Daskalakis further alleges that her bosses at Forever 21 began to mock her, saying she was “disgusting” and a “hot mess”. Her bosses also accused her of slacking off, stating, “You used to be a hard worker when you were a guy, but not anymore.”

Alexia Daskalakis was fired in January of this year.

Forever 21 is a religious company, as can be seen by the “John 3:16” text on the bottoms of their signature yellow shopping bags. At this time, the company has not responded with comment regarding the transgender discrimination lawsuit.

This lawsuit also takes place a few months after July 2014, when President Obama issued an executive order expanding the rights for transgender employees. The executive order prohibits federal contractors from discriminating against employees based on their gender and/or sexual orientation.

Previous ArticleFront Roe: How to Be the Leading Lady in Your Own Life by Louise RoeNext ArticleFresh Off the Boat, Episode 10 Recap: Blind Spot