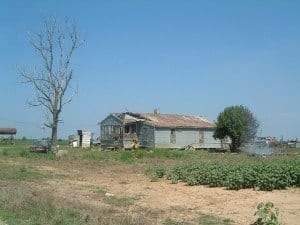 The richest state and the poorest state in the U.S are named.

The poorest state, along with multiple other statistics on median income, poverty rate, health insurance and unemployment rate, have been released for the year of 2011. Median household income has officially declined for the second straight year, according to data released by the U.S. Census Bureau, to 8% lower than the 2007 peak of $50,502 per household. 24/7 Wall St. reports on the statistics and ranks the top ten highest and lowest median household income.

The poverty rate continues to be high with a national average of 15.9% of four person households living below the poverty line. Mississippi, again, has the highest poverty level at 22.6%.

On a more positive note, health insurance increased coverage in 37 states in the U.S. Coverage overall is overall low, but the poorest state number have improved.

“Earnings for middle and lower-wage workers have fallen or stagnated over time,” Kneebone said. “So you can have a situation where jobs are being created…but the types of jobs matter. If those jobs that pay low wages, even if you’re working full time, that might not be enough to lift you above the poverty line.”

All of this data has been taken into account in naming the poorest state and richest state in America. With Mississippi at the top of the list of the poorest states (as well as fattest state, worst education system and a few other depressing lists), West Virginia comes in second and Arkansas at third.

The whole list and other data for the report can be found on 247wallst.com.