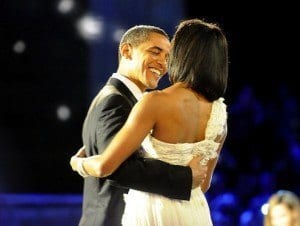 Remember the 2008 Runway to Change collection that was a part of the Obama campaign? Well, things have come full circle as the Runway To Win campaign is underway. None other than the iconic Anna Wintour is leading this movement and the star power behind her is quite strong.

The looks created by these high profile designers will be based around the Obamas, of course, and some of the products can be seen and preorded before the February 7th debut. It’s safe to assume that the line will most likely keep things reasonable and more on the casual side because being relatable seems to be something the Obama family wants to pride themselves on.

Still, we will have to wait to see all of the style choices in support of this campaign so until then, read more on the official Obama/Biden blog, at The Huffington Post, and at The Look on Today.