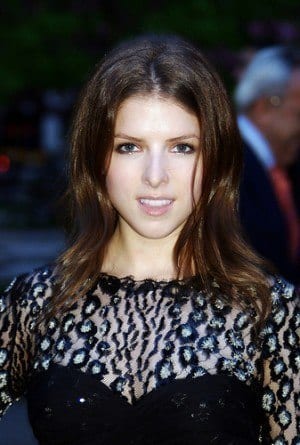 The new a capella-themed movie gets mixed reviews

Pitch Perfect is released Sept. 28 in select theaters for all those who just can’t wait to get their a capella fix, and as reviews are popping up it appears the movie is not getting harmonious reviews.

Contrary to Pitch Perfect’s title, reviews for the movie surrounding a struggling college a capella group are not pitch perfect, but rather a mixture of flat and sharp opinions. The film stars Anna Kendricks (Up in the Air, What to Expect When You’re Expecting) as Beca, the wannabe DJ and record producer who is introduced to the world of competitive college a capella groups. The film chronicles the Barden College group the Barden Bellas attempt at dethroning the  national champion boy group the Treble Makers.

In a storyline resembling the plot of dance competition films, Beca is added to the group and works to change its routine of performing songs that were hits in a time that isn’t now. Pitch Perfect has musical numbers performed by the Barden Bellas including covers of hip-hop classics and modern pop songs. The crew is also diversified with the addition of characters like Fat Amy, played by the ever-comical Rebel Wilson. Another character that rings in the right comedic notes is Anna Camp, who plays the alpha of the group, Aubrey, with a second in command Brittany Snow, Chloe.

Despite Pitch Perfect’s ability to deliver many laughs, reviewers state that the film does not deserve perfect reviews. “Where ‘Pitch Perfect’ goes flat is that, like too many comedies, it wastes time trying to be serious. Hollywood should just admit that it has no clue as to how real people behave. You have the girl being surly and mean when a guy likes her,” said the Buffalo News, giving the movie three stars.

Roger Moore of the Chicago Tribune rated the movie two and a half stars, stating that Pitch Perfect is playing on the Glee-fad so much that “they even insert a ‘Glee’ joke or two.”

Despite reviews, the film’s box office numbers are not in, and Pitch Perfect launched a pun-ridden Facebook campaign to promote the film’s release. Those who followed the site were told about the early screenings, given codes to get tickets at a discounted price and provided with memes featuring a capella infused phrases.

Pitch Perfect is out in select theaters Sept. 28, and hits theaters nationwide Oct. 5.

What do you think? Are you ready to get pitch slapped?