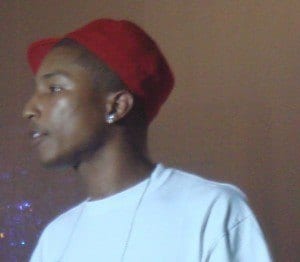 On March 4th, artist Pharrell Williams left the Los Angeles Federal Court, a few pounds lighter in his pocket. An eight-person panel has found that singers Robin Thicke and Williams copied Marvin Gaye’s hit “Got to Give it Up” and used it to create their 2013 hit “Blurred Lines”.

Both Thicke and Williams reportedly gained $7 million apiece for their song. Gaye’s children were awarded $7.4 million in the lawsuit. Gaye’s daughter Nona Gaye was seen weeping and was comforted by her lawyer as the verdict was read.

The verdict has the possibility of affecting Williams negatively, as he is the recipient of several Grammy Awards, known as a reliable song writer, and for his involvement with NBC’s music competition show “The Voice”. Williams and Thicke were quick to issue a statement through their lawyers, stating that the recent verdict could impact the future of musical creativity. Their statement came issued by the duo’s lawyer and Williams’ publicist, stating “While we respect the judicial process, we are extremely disappointed in the ruling made today, which sets a horrible precedent for music and creativity going forward, Pharrell created ‘Blurred Lines’ from his heart, mind and soul and the song was not taken from anyone or anywhere else. We are reviewing the decision, considering our options and you will hear more from us soon about this matter.”

The late Marvin Gaye’s children, Frankie and Marvin Gaye III, argued that Gaye’s protected sheet music was infringed upon when Pharrell Williams wrote the song in question “Blurred Lines”, in an hour in mid-2012 and then recorded it with Robin Thicke in one day. Williams also testified about the song and his creation process, telling the panel of five women and three men that “Blurred Lines” brings about “that ’70s feeling” and that he highly respected and looked up to Marvin Gaye, and that what he created isn’t copyright infringement. “The last thing you want to do as a creator is take something of someone else’s when you love him,” said Williams.