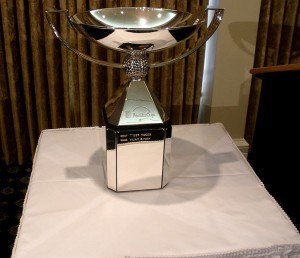 The partnership between PGA Tour and FedExCup will be extended for another five years.

The PGA Tour’s four event season finale has been officially extended for an additional five years, according to the Chicago Tribune.

Starting in 2007, the FedExCup playoffs, offers $35 million in total bonus money to participants based upon their performance. The winner receives a $10 million prize.

Commissioner Tim Finchem announced that FedEx will continue with their sponsorship until the end of the 2017 season.

Finchem said, “We’ve seen it grow, it’s become a big part of what the PGA Tour is all about. It has had the effect of pulling our season together. We’re going to try to make some adjustments in the next couple of years to do that with the FedExCup in an even more impactful way.”

While no financial details were disclosed, Finchem hinted at a potential growth over the upcoming years.

“How that plays out in terms of the distribution of dollars we’re not sure, but we’re certainly going forward, not backwards during this term, Finchem says.

The PGA Tour Playoffs schedule has been posted on the website and includes: