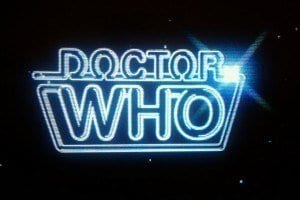 The dust is beginning to settle from Peter Capaldi coming out as the 12th Doctor,  and it’s time to take a serious look at what Capaldi’s casting can mean for Doctor Who.

I am a self-proclaimed Whovian. I’ve been watching since the reboot in 2005. And I, like most fans, am a little surprised by Peter Capaldi’s casting. Not because of his age, but because Capaldi is a white male.

Truthfully, I don’t care that he’s white. There was just so much speculation since Mat Smith announced he was leaving the show. Everything seemed to point to a new type of Doctor. Many of the front-runners on the gossip pages were black. And some were even women.

I’m not saying Peter Capaldi is a bad choice for the Doctor. I have no idea what he’s going to be like. And neither do you. So if you’re saying he’s going to suck because he’s too old, you need to stop. He is no where near as old as William Hartnell was when he created one of the most beloved sci-fi characters of all time.

I’m optimistic about Peter Capaldi. If there’s one thing Steven Moffat is good at, it’s picking out Doctors. He picked out Matt Smith. If he had stayed one more season, Smith may have edged out David Tennant for my favorite Doctor.

That is the brilliance of Doctor Who. Sure, the regeneration may have started out as a way to keep the show going when Hartnell’s health was failing. But now it makes the show completely unique and allows for incredible innovation and creativity. Each episode is new, even if it’s a villain the Doctor has faced a dozen times, because that Doctor will handle them differently than any Doctor before him.

Peter Capaldi will have a lot to live up to. Matt Smith was spectacular as the 11th Doctor. So what Capaldi and the writers have to do is immediately differentiate Capaldi from Smith. He’ll need elements of Smith but he has to be his own person if he’s going to succeed.

But before we meet Capaldi’s Doctor, we have two more episodes to get our fill of Matt Smith. I’m looking forward to the 50th Anniversary episode (David Tennant and Billie Piper!!!!) and the Christmas special, and I will probably end up crying when Smith regenerates.

What do you think about Peter Capaldi being the new Doctor?