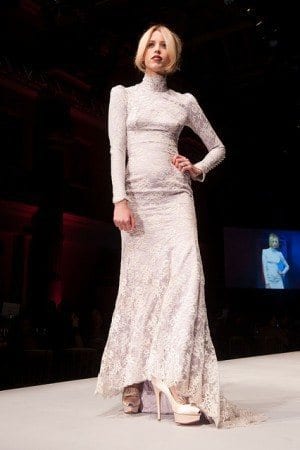 Peaches Geldof, daughter of Irish singer-songwriter Bob Geldof, was found dead on Monday, April 7 in Wrotham, Kent. Famous in her own right from her work in fashion and journalism, Peaches Geldof, was the young age of 25 at the time of this tragic event.

As the blogosphere lights up with accusations of a drug overdose due to Peaches’ young age and past, Kent police released a statement saying, “Police were called at 1:35 p.m. on 7 April 2014 to an address near Wrotham following reports of concern for the welfare of a woman,” they told Hollywoodlife.com. “A woman aged 25 was pronounced dead by South East Coast Ambulance Service. At this stage, the death is being treated as an unexplained and sudden death. Officers are working to establish the circumstances around the death.”

Her father, Bob Geldof, released a statement highlighting his hurt for the horrible situation. “Peaches has died. We are beyond pain,” her father said in a statement. “She was the wildest, funniest, cleverest, wittiest and the most bonkers of all of us. Writing ‘was’ destroys me afresh. What a beautiful child. How is this possible that we will not see her again? How is this bearable?”

Unfortunately, tragedy is not a stranger within the world of the Geldofs. Geldof’s mother was British television presenter Paula Yates, who also passed tragically from a heroin overdose when Peaches was just 11 years old. Peaches younger sister, Tiger Lily was four years old and was found in the same room as her mother’s body on that fateful day.

Tiger Lily’s father, Michael Hutchence, also suffered an untimely death when he committed suicide by hanging three years before Yates’ overdose.  As years passed after these tragedies, the other sisters seemed to descend from the forefront of the industry, while peaches embraced the limelight with open arms.

Peaches was no stranger to the UK tabloids, becoming the UK’s Paris Hilton, with accusations of drugs and sex romps. In 2008, talks of a video featuring Peaches Geldof buying drugs began to brew when police caught her on tape buying drugs from Amy Winehouse’s dealer.  In the video she handed the man $280 and was told that the price of the deal was actually cost $380. Peaches responded by saying “I’m going to need Valium tomorrow after this.” She was then questioned by police, but never got arrested.

Peaches admitted to doing drugs in the past, but insisted that she had stopped.  She wrote in her column in Elle UK “I did experiment with drugs,” she wrote. “I did

Get drunk and go to parties, but I was never that wild. I could have been, I could have let myself spiral but all the time I remembered what happened to my mum.”

Peaches death will probably come hardest two her husband and two young sons who are just 11 months and 23 months old.