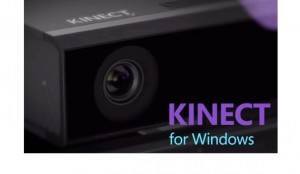 Microsoft is releasing a bare Kinect for PC at $199.

PC developers (and gamers who develop) may be interested in Microsoft’s latest Kinect offering.

The Kinect v2 is a bare Kinect for PC that recognizes voice, movement, and gestures just like it does on the Xbox. However, this Kinect does not ship with any software, meaning developers can create unique interface apps in languages such as C++, C#, VB.Net, Cx, and Javascript. The Kinect v2 will ship July 15th.

The pricetag of $199 may be a point of contention for some consumers however, given that it’s double the difference between the Kinect-less Xbox One and the Xbox One/Kinect bundle.