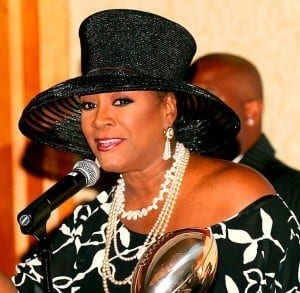 Patti LaBelle allegedly threw a punch at a mother, screamed at toddler

Patti LaBelle has been accused of screaming obscenities at a toddler and swinging punches at the toddler’s mother.

The New York Daily News reports that LaBelle has had a lawsuit filed against her by Kevin and Roseanna Monk. Their then 18-month-old daughter was playing in the lobby of an apartment building when LaBelle began yelling.

“What are you doing letting your kid run around like that?” LaBelle reportedly asked Roseanna Monk.

LaBelle then allegedly began throwing water from a bottle at the mother and child. LaBelle also reportedly took a swing at Monk.

One of LaBelle’s reps declined to comment on the lawsuit and the allegations.