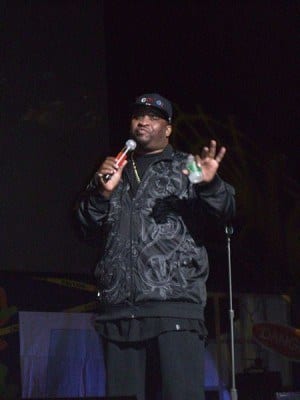 Patrice O’Neal died from complications after suffering a stroke

TMZ reports that O’Neal died Monday night at the age of 41. O’Neal died from complications following a stroke he suffered back in October.

O’Neal was a comedy staple, appearing on “Chapelle Show,” “The Office” and “The Comedy Central Roast of Charlie Sheen.”

Although news of O’Neal’s death is just beginning to circulate, he is already being remembered by fans and friends alike on Twitter. Fellow comedian Eugene Mirman tweeted, “RIP Patrice O’Neal. So sad.”