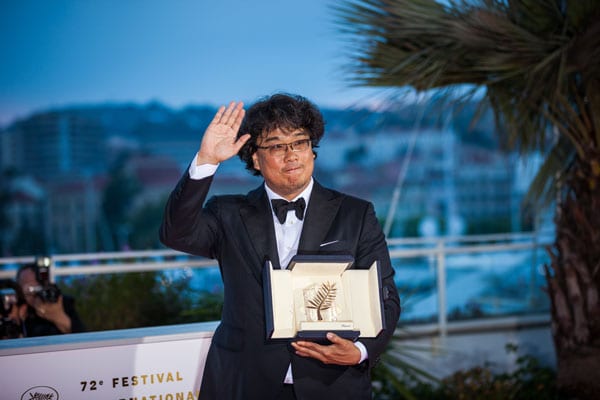 The 2020 Oscars made history by naming the South Korean film Parasite as best picture—the first non-English language film to take the top prize.

Other honors of the night included Renee Zellweger winning best actress for playing Judy Garland in Judy, Joaquin Phoenix taking best actor for Joker, and Brad Pitt and Laura Dern seizing the supporting acting awards for their roles in Once Upon a Time In Hollywood and Marriage Story respectively.

Parasite took home the most awards on Sunday night, winning in four categories: best screenplay, best director, best picture and best international feature film. This was a stunning upset for the film crowd, as most favored World War I epic 1917 for best picture; however, most of its awards came in technical categories.

The announcement of the nominations in January provoked a strong online criticism many pointing out yet again that the Oscars favored a very white, very male body of work. Many felt that the omission of Greta Gerwig for Little Women from the best directing list was a snub.

“Congratulations to those men,” said actor Issa Rae, who announced the nominations, summing up the general consensus on Twitter.

“Congratulations to those men.” – Issa Rae introducing the Best Director category is a MOOD. #OscarNoms pic.twitter.com/ihxnw0E6VJ

Only five women have ever been nominated for best director in the entire history of the Oscars, which dates back 90 years.

It was also felt that the 11 nominations Joker received was in poor taste, in a year when many films showcasing diverse characters and stories were released. Joker ended up taking home two Oscars—one for best leading actor (Joaquin Phoenix) and another for music.

While the nominations still left a lot to be desired, Parasite’s win is indicative of a sea change within the academy and leaves much hope for next year.

The film is a vicious social satire about two families from different classes in Seoul—one who lives in poverty in a basement, and another wealthy family who resides in a large home.

“Once you overcome the one-inch tall barrier of subtitles, you will be introduced to so many more amazing films,” said Director Bong Joon-ho in his acceptance speech for best foreign-language film at the Golden Globes.

Perhaps the Oscars are not quite as “local” as Joon-ho once accused them of being. Or maybe he’s just making local history.

See also: Concert Review: Snoop Dogg Shows Fans in Philly Why He is Still an Icon in Hip Hop
Who’s Nominated for the 2020 Golden Globes?
What HBO’s “Chernobyl” Got Right and Wrong