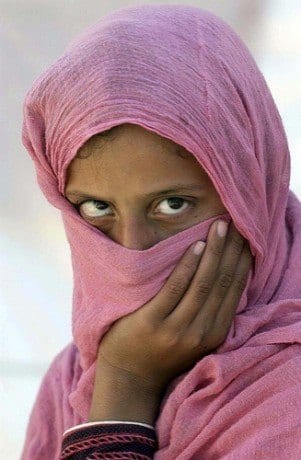 Pakistani parents, Mohammad Zafar and his wife Zaheen, are accused of killing their 15-year-old daughter because she looked at a boy. On October 29, the girl had turned to look at a boy passing on a motorcycle. Her father told her it was wrong, to which she responded “I didn’t do it on purpose. I won’t look again.” Unfortunately, her words did not save her.

Her mother recalled the incident saying, “By then I had already thrown the acid. It was her destiny to die this way.” The girl’s death represents the problem of “honor killings” throughout Pakistan in which women are killed for marrying or having relationships not approved of by their families. In doing so, they are said to have dishonored their family.

The parents now stand behind bars in separate, but adjoining jail cells.

Last year, according to the Human Rights Commission of Pakistan, at least 943 women were killed in the name of honor. Unfortunately, only 20 of those women were reported to have undergone medical care before their untimely death.

Women are often times killed over property disputes and inheritance rights as well.