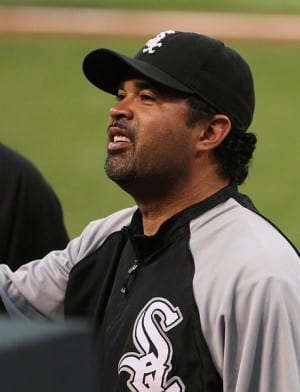 Marlins manager flying back to Miami to answer for his statements

Ozzie Guillen, manager of the Miami Marlins, apologized Saturday for telling a magazine that he loves Fidel Castro.

In an interview with Time magazine Ozzie Guillen said, “I respect Fidel Castro. You know why? Many people have tried to kill Fidel Castro in the last 60 years, yet that [SOB] is still there.”

The comment was met with much criticism, especially given the fact that Ozzi Guillen is the manager of a baseball team in Miami, a place with a large demographic of people who have fled Cuba to get away from Castro.

The Miami Marlins released a statement regarding the comments. “We are aware of the article. There is nothing to respect about Fidel Castro. He is a brutal dictator who has caused unimaginable pain for more than 50 years. We live in a community full of victims of that dictatorship and people in Cuba are still suffering.”

Ozzie Guillen plans to fly back to Miami after Monday’s game to speak at a news conference and apologize in person. “I want people to look in my eyes, look in my face and see what’s going on, tell them what the deal was,” he said.