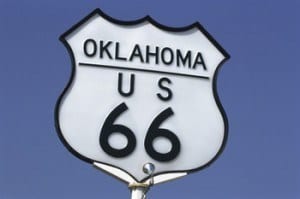 Courier News reports another small earthquake has struck Oklahoma.  According to the U.S. Geological Survey, a 3.2 magnitude quake struck about 27 miles northeast of Oklahoma City just before 6a.m. on Sunday.

While the Logan County Sheriff’s Office says no damage was reported, the state as a whole has had a tumultuous weekend.  Sunday’s earthquake is the sixth in the area since Thursday, when a 3.7 magnitude quake was recorded near Prague.

Three more quakes were recorded Friday, and on Saturday a 2.4 magnitude tremor hit about 50 miles northeast of Oklahoma City, near Sparks.

On Nov. 5, the strongest earthquake ever in Oklahoma was recorded.  The 5.6 magnitude quake damaged dozens of homes and buckled a highway.

Earthquakes with a magnitude of 2.5 to 3.0 are generally the smallest quakes felt by humans.