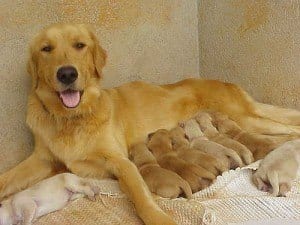 The all too infamous Octomom is back in the news, this time not for popping out eight kids at once.  Instead, she is being investigated for possible welfare fraud, after going back on public assistance in January, according to ABC News.

Octomom Nadya Suleman is under investigation by the L.A. County Department of Welfare Fraud Prevention and Investigation because under California law, the mother of 14 children, yes 14 children, can only receive welfare if she is making less than $119,000 per year.  Authorities believe she may have actually earned around $200,000 last year.

A source close to Suleman told ABC News, “I can confirm that we have been in contact with the DA’s office concerning her income and are cooperating.”  If convicted, Octomom could spend up to three years behind bars. She’s 37 years old.

Suleman sought out “state assistance for a brief period of time,” her rep, Gina Rodriguez, admitted in January.  “She spent most of her savings while she was in Chapman Treatment center, paying for around-the-clock nannies, security and her treatment program.  She does not expect to be on longer than three months.”

Last summer, Suleman did discontinue welfare assistance, but her money was quickly depleted after she entered rehab for anxiety and stress, according to her rep.  “She was prescribed Xanax for her anxiety attacks,” Rodriguez said.