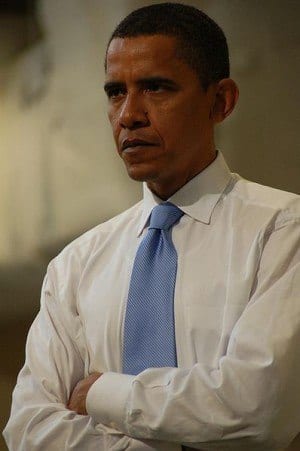 President Obama not concerned about Minaj’s comments on song “Mercy”

Barack Obama via a radio interview with Orlando’s POWER 95.3, admitted that he does not know what to make of Nicki Minaj’s comments regarding her endorsement of Mitt Romney.

In Lil Wayne’s latest mixtape, “Dedication 4,” which dropped this past Labor Day, Nicki Minaj vents her frustrations on the economy and President Obama in the track “Mercy.”

On POWER 95.3’s radio show “Obie and Lil Shawn,” the hosts of the same name interviewed President Obama, asking his thoughts regarding Minaj’s lyrics. Obama’s reaction was as polite as the president could be when reacting to a rapper’s trivial opinion.

“But she likes to play different characters, so I don’t know what’s going on there,” President Obama said, referring to the various personalities Minaj undertakes in her songs (see Roman Zolanski).

Obama, being the leader of the free world, has bigger problems to worry about than a freakishly styled rapper “dissing” him on a song, claiming that when it comes to the arts such as movies, television and music, he and Michelle tend to pay little attention to celebrity comments regarding the presidency.

Obama did list one exception, though. “The truth is when it comes to music and movies, etc. Michelle and I just focus on who’s good,” Obama said. “Look, I love Clint Eastwood movies, man.”