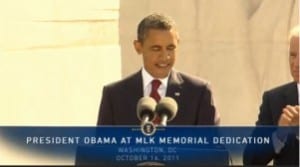 Proposal not likely to pass before election

President Barack Obama has proposed a one-year tax cut extension for families earning less than $250,000 a year as part of his efforts to bring focus back to the economy.

Obama’s campaign for tax cut extensions will continue on in a series of battleground-state events this week, especially at his campaign trip to Iowa on Tuesday.

In his call for the extension, Obama has proposed a permanent tax cut for those families earning less than $250,000 and for cuts that aid wealthier families to discontinue.

This tax cut extension proposal is also significant because it is the first time Obama is specifically calling for a one-year extension for the lower-earning group of tax payers.

“Let’s not hold the vast majority of all Americans and our entire economy hostage while we debate the merits of another tax cut for the wealthy,” Obama said.

Despite Democrat support, the resolution is not expected to pass, at least not until after the November election.

As expected, Mitt Romney is not in favor of Obama’s proposal, saying it would hurt the economy.

“President Obama’s response to even more bad economic news is a massive tax increase. It just proves again that the president doesn’t have a clue how to get America working again and help the middle class,” Andrea Saul, a Romney spokeswoman, said.