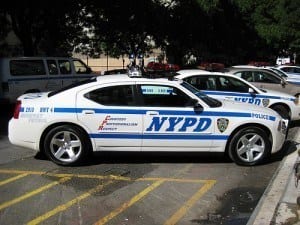 NYPD officer, Gilberto Valle, was arrested in connection with a failed plot to kidnap and cook women. The six-year NYPD veteran who worked in Harlem allegedly conspired with multiple people over the Internet to “kidnap, rape, torture, kill, cook and cannibalize a number of women.”

Valle kept files on his computer of more then 100 women, containing a photo and address for each. Ten of those women that the FBI identified said they knew the officer. He had also researched methods of “disabling and drugging women, and agreeing with at least one other individual to kidnap a woman in exchange for a sum of money.”

There were various conversations between Valle and various co-conspirators. The criminal complaint details some of those exchanges. For example, before bragging that he can make his own chloroform, Valle said “I can just show up at [one prospective vicitm’s] home unannounced, it will not alert her, and I can knock her out, wait until dark and kidnap her right out of her home.”

It was Valle’s estranged wife that tipped off police about his Internet activity, putting it lightly by calling it “weird stuff.” She was led to believe these may have been more sick fantasies rather than actual plans to act on.

According to Manhattan U.S. Attorney Preet Bharara, “Gilberto Valle’s alleged plans to kidnap women so that they could be raped, tortured, killed, cooked and cannibalized shocks the conscience. This case is all the more disturbing when you consider Valle’s position as a New York City police officer and his sworn duty to serve and protect.”

Valle was immediately placed on suspension after his arrest, according to officials for the NYPD. He was charged with one count of conspiracy to commit kidnapping and accessing a computer without authorization. He potentially faces life in prison.