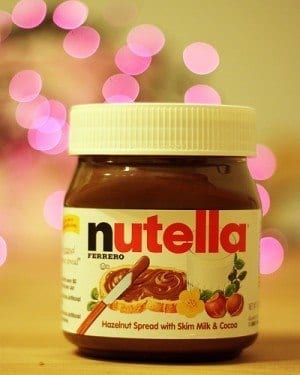 Nutella just settled a $3 million lawsuit in which a California mom, Athena Hohenberg, claims the company “mislead” consumers into thinking their product was healthy when in fact a jar of Nutella has the same nutrition as a melted candy bar.

The complaint filed against the company Ferrero that makes Nutella said, “Ms.Hohenberg was surprised and upset to learn that Nutella was in fact not a ‘healthy’ ‘nutritious’ food but instead a product with the nutritional properties of a candy bar, with very high levels of refined sugar and saturated fat. Had Ms. Hohenberg known the truth about Nutella’s qualities, she would not have purchased it for her family.”

The class action lawsuit against Nutella will be spread to anyone who bought Nutella between August, 2009 and Januaray, 2012. At a about $4 a jar, it works out to be a refund for anyone that wants it. Also part of the settlement, Nutella jars will now have to include information on fat content, sugar and calories on the label. The advertisements that “lied” will also stop running.

Although Nutella may have been thought to be healthy, it isn’t that hard to turn the jar around and read the nutritional facts yourself. It wouldn’t be a surprise if the same woman will try and sue Skippy for trying to give her kids heart attacks. Peanut butter that does not separate most likely has an amount of hydrogenated vegetable oils, used to keep peanut oil from separating, which are high in trans fatty acids. These acids have been linked to coronary heart disease and stroke. Peanut oil alone has been known to cause heavy clogging of the arteries which can also lead to heart attacks. It’s been said that one serving of peanut butter (2 tbsp) contain as many calories as a 3 oz. piece of chicken, fish or lean meat.

It’s easy to make healthy food decisions, but sueing a company isn’t one of them.