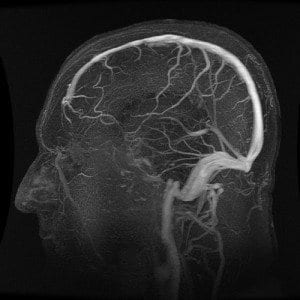 Arizona man with a runny nose for years

The last thing an Arizona man, Joe Nagy, suspected was dripping from his nose was brain fluid. For years, Joe Nagy dealt with an every day runny nose. He always assumed he just had a severe case of allergies and would eventually learn to live with the annoyance. When he finally made a trip to see a specialist on the issue, he quickly discovered this wasn’t an ordinary runny nose. Nagy underwent testing and was informed the clear liquid was in fact brain fluid.

“I was scared to death if you want to know the truth,” Nagy says, describing the very moment he was informed of his serious condition. Never did he think his constant runny nose would lead to such a shocking discovery. Being unaware of the real issue, Nagy took allergy pills year-round. On some days, his runny nose would drip so fast he wouldn’t be able to fetch a tissue in time. Nagy admits how embarrassing it was. The fluid would drip on everything, including blueprints for work. It would drip out around a teaspoon, landing on model airplanes he was building.

How does this happen? The membrane surrounding Nagy’s brain had a small hole in it, which caused brain fluid to leak out of his nose. Dr. Peter Nakaji, a neurosurgeon at Barrow Neurological Institutes says, “You don’t really think about it, but our brains are really just above our noses all of the time.” Dr. Nakaji explains that the human body produces around twelve ounces of brain fluid on a daily basis, preventing the brain from drying out. This also explains why Nagy’s constant runny nose never stopped.

If this news wasn’t difficult enough for Joe Nagy, he then developed a severe case of meningitis right before his scheduled brain surgery to fix the leak, causing the fluid to become infected. Thankfully, the infection diminished and the surgery was a success. The process of repairing the leak is not a typical surgery. A needle is inserted through the nose and a minimal amount of glue patches the tiny hole.

Before his surgery, Nagy would awake every morning with a runny nose after sitting up in bed. After years of allergy pills and carrying around boxes of tissues, this Arizona man can continue his life without his nose constantly dripping brain fluid. Since the surgery, Joe Nagy has started a new hobby. He is building a sailboat called the Great Pelican and is confident it will never leak.