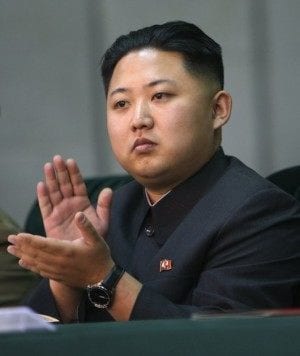 As if to dig their own grave, the North Koreans are threatening attacks by a “lighter, smaller and diversified” nuclear force and warning, “The moment of explosion is approaching fast.”  The United States, and its force of more than 28,000 troops in South Korea, are taking the threat seriously, with an overwhelming display of military force on the region.

The North Koreans are believed to be years away from developing a nuclear warhead powerful enough to reach the United States, but the Defense Department is taking threats against South Korea, Hawaii and Guam seriously.  North Korea does have plenty of conventional military firepower, including medium-range ballistic missiles that can carry weapons hundreds of miles, according to CNN.

U.S. officials have said that they see no unusual military activity across the Demilitarized Zone that divides the Korean Peninsula, even though North Korean military leaders have been warning of nuclear attacks for weeks.  Many analysts say the increasingly belligerent talk is aimed at cementing the authority of Kim Jong Un, the country’s young leader.

The North Koreans have, however, locked South Korean workers out of a joint factory complex and announced plans to restart a nuclear reactor it shut down five years ago.  In response, the United States announced it was sending ballistic missile defenses to Guam, a Pacific territory that’s home to U.S. naval and air bases.

“The moment of explosion is approaching fast. No one can say a war will break out in Korea or not and whether it will break out today or tomorrow,” North Korea’s state news agency KCNA declared in its latest broadside, according to CNN. “The responsibility for this grave situation entirely rests with the U.S. administration and military warmongers keen to encroach upon the DPRK’s sovereignty and bring down its dignified social system with brigandish logic.”

“I hope the North will ratchet this very dangerous rhetoric down,” Hagel said, according to CNN.  “There is a pathway that is responsible for the North to get on a path to peace working with their neighbors. There are many, many benefits to their people that could come. But they have got to be a responsible member of the world community, and you don’t achieve that responsibility and peace and prosperity by making nuclear threats and taking very provocative actions.”