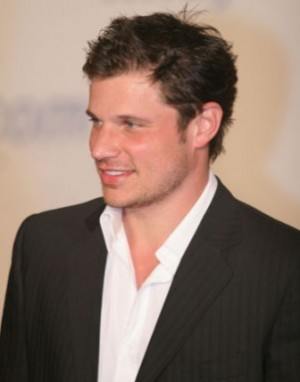 Nick Lachey and Vanessa Minnillo are expecting their first child. The former boy bander announced the pregnancy while co-hosting “Live! With Kelly,” on Monday.

“I’ve had a chance to do a lot of great things in my career and my life, but this is the one thing that, more than any other, I look forward to. The fact that it’s actually here, it’s overwhelming,” said Nick Lachey.

Rumors of Minnillo’s pregnancy began floating around last month after the couple attended a friend’s wedding in Los Cabos, Mexico, and she was seen sporting a bump. “It just looked like she had eaten a really big burrito for a while… She loves, she craves Mexican food right now. She could eat a burrito a day, so you can imagine what our house smells like right about now,” Lachey joked.

Unlike some expecting parents, who like to be surprised by the sex of the baby, the Lacheys are excited to find out. “We definitely want to know,” said Lachey, “I can’t take the knowledge that someone out there knows, but I don’t know. It’s like watching a sports game on TiVo.”

Although Vanessa has yet to comment on the pregnancy, she spoke about the possibility of children in an interview with People last year. “I would love to have children and work,” she explains. “I definitely don’t want it to slow me down. I’m always going to be, ‘Go, go, go.’ And I’m going to be pregnant, fat and happy through it all.”

Vanessa is due late summer or early fall.