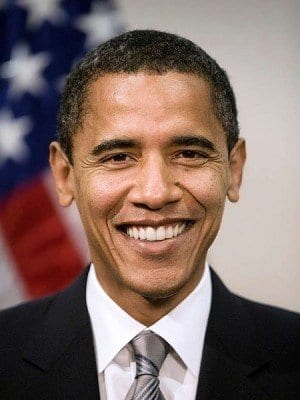 Cover shows the president with a rainbow halo

The latest Newsweek cover is sure to induce some head scratching. The magazine features a head shot of President Barack Obama with a rainbow striped halo floating above his head and the tag “The First Gay President.”

The Obama Newsweek comes days after the president officially announced his support for same-sex marriage. However, Obama is not, in fact, gay, and the word choice is puzzling.

In the corresponding article, openly gay Newsweek contributor Andrew Sullivan argues that this announcement is not just a political ploy. “When you step back a little and assess the record of Obama on gay rights, you see, in fact, that this was not an aberration. It was an inevitable culmination of three years of work.” And President Obama has much in common with the gay community. “He had to discover his black identity and then reconcile it with his white family, just as gays discover their homosexual identity and then have to reconcile it with their heterosexual family.”

After Tina Brown, editor-in-chief of Newsweek, saw Time magazine’s controversial breastfeeding cover, “She laughed and said, ‘Let the games begin,’” said a spokesman for Newsweek. Apparently, President Obama and his “gaylo” was her next move in this “game.”

In her time at Newsweek, Brown has taken to publishing tabloid-esque covers in an apparent effort to boost sales. She published an unattractive photo of a “wild-eyed” Michelle Bachman with the headline “Queen of Rage,” that brought accusations of sexism against the publication. Brown also printed Princess Di walking side-by-side with Kate Middleton on a cover that one Twitter follower described as vomit-inducing.

This edition of Newsweek is set to hit newsstands on Monday and is also available on iTunes.