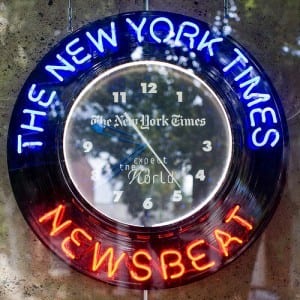 cyber attack by the Syrian Electronic Army disables the Times’ site, continues to inhibit use of site amid mounting political unease and rising rumors of U.S. military action

The New York Times continues to suffer under the hands of the Syrian Electronic Army, who has disabled the Times’ website and has not yet loosened its grip.

The SEA is loyal to Syrian president Bashar Al-Assad, and has been especially active in recent weeks, as they are the alleged culprits of the large-scale Twitter hack, which crippled the website for more than 20 hours.

These cyber attacks come in the midst of mounting political unrest, as the Syrian government is being accused of chemical warfare on civilians of the opposing party, and is facing subsequent military action from outside nations.

The New York Times took to twitter while still in the trenches, announcing that the virtual incursion is “most likely the result of a malicious external attack,” cementing the rumors of SEA besiegement.

The group is thought to have used a denial-of-service attack, causing the website to deny access to users due to overwhelming of the site. The SEA denies malicious intent, saying that the attack “was going to deliver an anti-war message,” …”for #Syria and for world peace.”

As the most favored news site on the web, and with over 30 million unique users each month, the New York Times is a substantial platform for political propaganda, and could potentially incite further unrest in today’s calamitous climate—which is surely the aim of the SEA-caused Times outage.