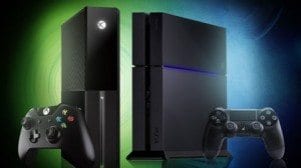 A new study shows that the “avid omni gamer” is the only segment in gaming to grow since 2013.

According to a recent NPD Group study, the “avid omni gamer”–a gamer who plays multiple games on multiple platforms–was the only gaming segment to see growth since 2013. The segment saw a 16% increase, replacing casual gamers as the second largest segment from last year.

Though a majority of the growth could be attributed to mobile game sales and the rising popularity of mobile gaming, I have to wonder how much of the drive comes from exclusives on competing consoles. For example, the PS4 and Xbox One each have their respective exclusives at and after launch. How many gamers are buying and playing on both platforms in order to have access to all exclusives?

Since the Xbox One and PS4 both launched in 2013, the increase in multi-platform gamers makes sense. However, 71% are reporting using their phones to play video games.

Are you on avid omni gamer? What devices do you play your games on? Have you ever bought a console just for the exclusives?