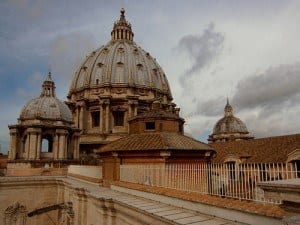 A new pope remains to be chosen as cardinals continue to vote and pray for guidance in selecting a new pope. Today is the first official day of voting.

A first vote for a new pope occurred last night and was inconclusive. Two more votes this morning were also inconclusive. Cardinals are allowed two more rounds of voting today. Until the new pope is chosen, cardinals will vote four times each day.

White smoke will come from the Sistine Chapel when a new pope is chosen. So far, only black smoke, signifying indecision, has appeared.

Al Jazeera reported that there is a large push from Catholics for the church to become more flexible with changes going on in the modern world and that they do not want a European pope.

Cardinals have to contend with the shock of Pope Benedict XVI’s resignation.

Turnout for the last election of a pope was much larger, according to cardinals, because it followed Pope Jon Paul II’s funeral. However, they said they believe when the new pope is chosen, more people will come out from their homes and workplaces to celebrate.