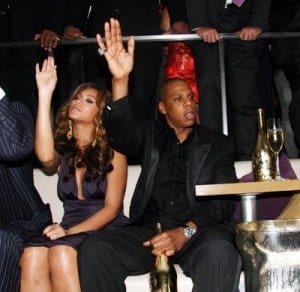 The couple has decided to trademark their baby’s name to stop others from using it.

Blue Ivy has been in the news several times since her Jan. 7th birth. From the meaning behind her name to the luxurious hospital commendations Mommy Beyonce received, the public can’t get enough of her.

According to the Washington Post, the couple has decided to trademark their baby’s name to prevent it from being used by others.

The application, which was filed with the U.S. Patent and Trademark Office on Jan. 26, might sound obscure, but “Blue Ivy” fever has already attempted to spread.

Joseph Mbeh, fashion designer, tried to trademark, “Blue Ivy NYC, on Jan.11 but was denied. He claims that his plan was to pitch a childrens’ fashion line to the new parents; though, he has not done so at this time.

“Blue Ivy Carter Glory IV” tried to pass as a line of fragrances but was also denied. The trademark office told applicants that the request was denied due to the name belonging to a “very famous infant.”

One boutique in Wisconsin, “Blue Ivy” is allowed to hold on to their name, due to them filing their application back in January of 2011 and getting approved in August, months before Beyonce announced her pregnancy.

In a process that usually takes several months, the federal office seems to have put Beyonce and Jay Z’s application on a fast track. Cynthia Lynch administrator for trademark policy and procedure explains,
“The agency will identify actual or potential filing trends for trademarks with similar examination issues.”
When phrases become particularly popular, the office sees a dramatic increase in applications.