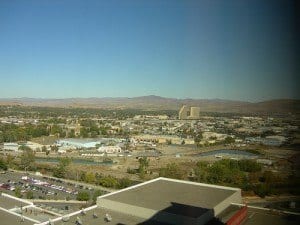 Police say a staff member at Sparks Middle School and the suspected shooter were killed in the school shooting.

A Nevada school shooting on Monday resulted in the death of a staff member, Michael Landsberry, and the suspected shooter, according to police. The school shooting took place early Monday morning at Sparks Middle School. Police have not determined whether the suspect died of a self-inflicted wound or police fire.

The motivation of the suspect in the Nevada school shooting has yet to be determined. Tom Robinson, Reno Police Dept. Deputy Chief, told CNN, “It’s too early to say whether [the suspect] was targeting specific people or just going on an indiscriminate shooting spree.”

Two students were wounded in the tragic event which occurred just outside of Reno, Nevada. One student suffered a gunshot wound to the stomach and another suffered an injury to the shoulder. Officials were notified of the school shooting at approximately 7:15 a.m. The shooting took place while many students were arriving for school.