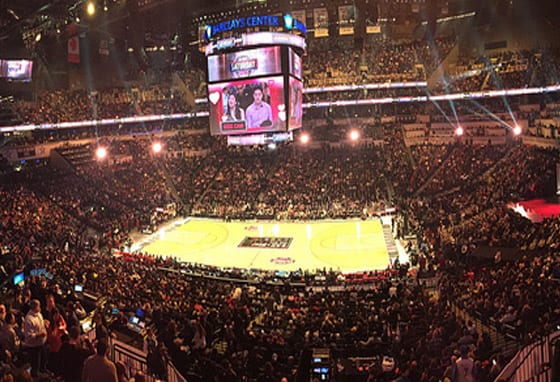 Since the NBA All Stars got released, let’s figure out who made the cut and who got the snub. The mid way point of the NBA season is approaching quickly and the coveted NBA All-Star weekend is all everyone can talk about. The NBA recently released the reserves for the Western and Eastern conference and some familiar names were left off. I don’t know if it is a nod to the incredible depth of talent that the league holds or their need to build brands for the future. I understand it is hard to decide on the crème of the crop in the confines of a twelve-man roster. I wanted to take the time to name a few honorable mentions that you won’t have the opportunity of seeing at this year’s NBA All-Star Game.

Who made the Cut?

One thing I did notice was the fans vote no longer has an emphasis on position and having the traditional starting 5 during NBA All-Star weekend 2016. Both teams starting lineups are littered with guards that excite the crowd, although most of the starters deserve their position from what they have been able to do on the court this season. Besides Kobe (I thought I’d never say that) everyone has had great seasons and deserve to be out there. Kobe deserves to be there too because if it is his last go at it why not take on the league’s best to usher in this new generation. That’s another story line in itself.

It is good to see players like Isaiah Thomas, Jimmy Butler and Draymond Green be rewarded for their outstanding play. These players have been significant reasons for the success of their organizations and should be rewarded with their first NBA All-Star appearances. It has to be difficult choosing 24 of the best players in the league when you have a league full of amazing talent. Here are your lineups.

Don’t get me wrong all of the players selected are great in their own right but there are some noticeable names missing from the lineups. The snubs this season could be related to the generational shift or just lack of production from familiar faces but some deserve some notoriety for their seasons so far. The most noticeable missing face is Blake Griffin, who despite injury (caused by lack of judgement) would otherwise be a lock on the Western conference team. So if he didn’t suffer his injury who on the list would he replace? That is another conversation.

In the west, there are a few other names I would consider snubs even if their teams were not as good as some of the players who made the list. Damien Lilliard (who was also left out last year), the point guard and leader for the Portland Trailblazers is averaging 24 points and 7 assist while shooting 42% from the field is the biggest name to not make the cut. Lilliards production has increased with the loss of Wesley Matthews, LaMarcus Aldridge and Nicolas Batum who all have moved on to new organizations. Although, the Trailblazers are struggling to get wins he has been one of the more solid players all season and deserves to be on the court with the best. Others honorable mentions for NBA All-Stars would be Dirk Nowitzki, Tim Duncan and Rajon Rondo who is leading the league in assist once again. I wish the two veterans could go out like Kobe but Duncan has the team around him that may push for another NBA title this season and Kobe has the Lakers.

Over in the east, were a few guys who did not make the cut who are having strong seasons as well. Hassan Whiteside of the Miami Heat leads the league in Blocks with 3.9 per game, he is 2nd in Field Goal percentage and 5th in Rebounds. His overall production has been a big reason the Miami Heat have been able to stay competitive in the tough eastern conference this year. Pau Gasol is another familiar face that did not make the cut this season. Averaging his typical double double in a conference that lacks production with players of size he got the snub leading the 2nd best team in the Eastern Conference. A few other snubs would be Nicolas Batum, Al Horford and Kemba Walker who are all having tremendous seasons themselves.

The biggest names not mentioned in the East are two of the three-headed monster from the defending Eastern conference champions the Cleveland Cavaliers, Kevin Love and Kyrie Irving. Irving who missed the bulk of the early part of the season with an injury to his kneecap he suffered in the NBA Finals last year is an understandable snub but Love may have an argument to make. Love may be having a down year to his standards, but his 16 points and 10 rebounds have put the Cleveland Cavaliers in the driver seat once again to challenge the Golden State Warriors for league supremacy. I think wins are important aspect in All-Star voting unless it is a clear-cut player who has dominated but team has underperformed. In those cases, the best players should play in the game.

An NBA All-Star snub doesn’t make or break your career but it does make you think what all goes on in to deciding the best of the best. Some of these names deserve to be there and some have good numbers but in the end star status plays a role who people want to see on NBA All-Star 2016 Sunday. I look forward to seeing this year’s game and cheering on Andre Drummond of my Detroit Pistons. What do you think about the NBA All-Star line up, do you think any of the snubs deserve to take a place on the official NBA All-Star 2016 roster? Leave a comment and let me know.

You will also like: LeBron James and Kevin Durant go from rivals to teammates in days