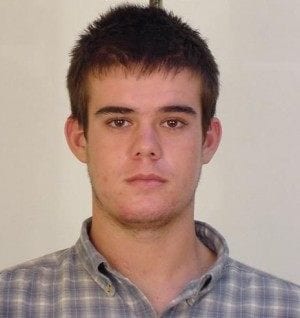 Extradition expected to happen in the next three months

Natalee Holloway disappeared 7 years ago on a class trip to Aruba, and now Joran van der Sloot, the person believed to have last seen her alive, may be extradited to the United States.

The process to extradite Joran Van der Sloot from Peru to the U.S. has begun. Documents show a judge has approved the U.S. request for a provisional detention, the first step in sending him to America to face charges of extortion.

Natalee Holloway was never found, but was declared legally dead last January. Joran Van der Sloot allegedly received $25,000 from Natalee Holloway’s mother, Beth Holloway, in order for him to tell her where to find her daughter’s remains.

Joran Van der Sloot allegedly attempted to extort $250,000 from Beth Holloway, and then provided what appears to be false information. He then used the money to travel to a poker tournament in Peru, where he met Stephany Flores.

Joran Van der Sloot was convicted and sentenced to 28 years in prison for the murder of Stephany Flores.

Natalee Holloway was 18 when she disappeared. While Joran Van der Sloot has not been charged with her murder, he has been widely accused of killing Natalee Holloway.

“I think he will be extradited within the next here months. He will go to trial in the United States. Once he is sentenced, he will return to Peru to finish serving his 28 years, and then go back to the States to serve whatever sentence he gets there,” Maximo Altez said.

Joran Van der Sloot confessed to the murder of Stephany Flores, and another attorney for the Dutchman said Joran was under extreme stress the day of her murder. That day was the fifth anniversary of the Natalee Holloway disappearance.