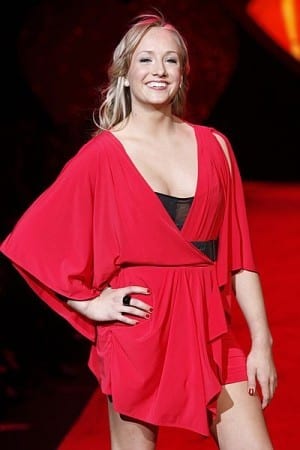 Former Olympic medal winner is out for this summer’s games

Nastia Liukin had her dreams shattered with one simple fall.

As she fell face-first into the mat following a bar routine, her chance at this summer’s London Olympics was over.

At first, Liukin remained on the ground, not moving, but after a few seconds, she picked herself off the ground.

Even after falling, Liukin still finished her routine. She received a score of 13.950, which was much below the standard she set when winning silver for the event in Beijing four years ago. She received a lower score of 14.950 for her beam routine.

Still, even though she knew the fall had killed her chances to continue to the Olympics, Nastia Liukin did not let her fall get her down.

“Seeing all of the thousands of people on their feet, you couldn’t have planned out a better way to end a career,” Liukin said.

Nastia Liukin was the first Olympic champion to announce her return to the games since Nadia Comaneci in 1980.

Despite her fall, Nastia Liukin did not lose her game face.

“Getting up after a fall is never easy,” she said. “It’s always very tough. It shows your true character if you are able to get up and that’s something I’ve been taught since I was 8 years old.”

Nastia Liukin will head to New York University in January.