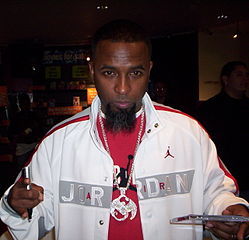 Check the latest music from As I Lay Dying, Disturbed, and Tech N9ne

Instead of some smart – ass introduction, I just want to offer my sincere condolences to the family and friends of Heavy D, who that time of this writing, passed away. My thoughts and prayers are out to his loved ones.

Here’s a little something for hardcore Disturbed fans: a collections of rarities and B – sides, gathered by David Draiman and company. With diamond – in – the – rough tracks like “Hell” and “A Welcome Burden”, the album also includes “Mine” and “3” which were only released through the band’s website. Don’t expect any brand new material. This is strictly for the hardcore fans, but novices can still peep it to quench their curiosity.

Angel and Airwaves – “Love Part One and Two” [Rocket Science]

And you thought Green Day’s “American Idiot” was ambitious as hell. Here we have Angels and Airwaves pulling out every pop – rock trick in the book to materialize “Love Part One and Two”: a two CD soundtrack to the film “Love” which singer Tom DeLonge executive produced. The tracks, such as “Letters to God Part Two” and “Surrender” give listeners a sound that plays more to atmosphere than bombast. Given that it’s a soundtrack, it makes sense.

So now we’ve crashed from atmosphere to sheer, unbridled brutality from As I Lay Dying. Probably one of few metal acts that – as the kids would say -“keep it real”, the band have been doing pretty good for themselves. Their last album, “The Powerless Rises” sold 125,000 copies and counting and achieved a ton of critical acclaim. “Decas” is the band’s way of thanking their fans for the ten years they’ve been together. The album includes three new songs (“Paralyzed”, “From Shapeless to Breakable”, and “Moving Forward”), four covers (Slayer’s “War Ensemble” and Judas Priest’s “Hellion”), four remixes and one re-recording of “Beneath the Encasing Ashes”.

Tech N9ne has been around for minute. 1999 to be exactly. With little to no major labels backing him up, his work was featured in movies, TV and video games. Along with a machine – gun rhyme flow, his music has a dark edge that edges towards the obscure Horrorcore hip- hop. Nevertheless, here he is again, with “Welcome To Strangeland”: track upon track of the sickest, darkest and meanest rhymes ever heard. Check out the tracks “Gods” and the title track to see what I’m saying.