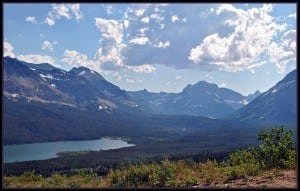 The two missing hikers, Jason Hiser and Neal Peckens, were only planning to hike Oct. 9-10 and were reported missing Friday by their families after they didn’t board their flights home from Montana. Rescue teams comprised of 50 people searching in wintry weather found the two men, both veterinarians from Virginia, on Monday around 3:30 p.m. Neither of the men had injuries and while they were able to walk, they were flown to the closest ranger station.

Hiser and Peckens became friends at the Virginia-Maryland Regional College of Veterinary Medicine in Blacksburg, Va. and had taken many hiking trips out west over the past four years, Hiser’s mother told the press. Teams searching on foot, by air and by horseback finally found the missing hikers near Two Medicine, Mont.

“Initial information indicates they are well and will be returning to their families! Yeah!” the park’s Facebook page posted Monday.