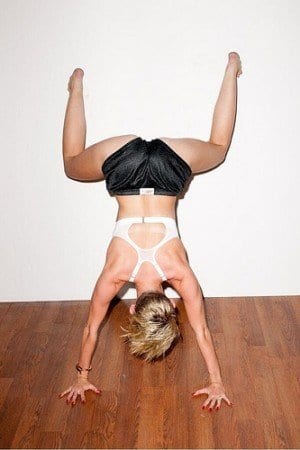 Miley Cyrus’ newest video, “Wrecking Ball” has reached a record breaking 16 million views within 24 hours of its release. “Wrecking Ball” dropped September 9 and has already caused heads to turn for its somber lyrics and bizarre directorial choices. Dawning a white tank top and panties, Cyrus reveals more than just her tragic heartbreak, but also her undying battle to break from under the shadows of “Hannah Montana.” Her starring roles are now sexually suggestive and brush the edge of pornography. If there is any doubt of Cyrus’ troublesome appearance fading, let us remember her twerking, teddy bear humping circus performance at this years MTV’s Video Music Awards.

Among Cyrus’ other recent escapades, her previous video, “We Can’t Stop” also received negative reviews but this video reveals elements of what other post- Hannah Montana jaunts don’t, a softer side of Cyrus. She has clearly entered a phase in her life that consists of exploration and rebellion but as onlookers we presume insanity. “Wrecking Ball” includes a close-up of Cyrus crying and belting out lyrics like:

“Don’t you ever say/I just walked away/I will always want you.” This is a clearn ode to her turbulent relationship with beau Liam Hemsworth who have been on and off for the duration of 2012-2013.

“Wrecking Ball” is a catchy pop electro track that can cause a variety of dance-like movements, but her sexual gyrating and excessive nakedness make heads tilt. The video includes Cyrus swinging naked on a wrecking ball and seductively licking a sledgehammer, approaching the camera slowly as to make a personal connection with viewers. Can this be an uncanny resemblance to abstract performance art?

The video remains true to Cyrus’ troublemaking new persona and as of yet have garnered the prestigious award of “Most Viewed Video” on VEVO within a 24-hour timeframe. Cyrus’ next endeavor is her documentary that exposes her transition from young actress to Pop starlet. The documentary, Miley: The Movement premieres October 1 on MTV.

What’s next for Cyrus? Look out for her upcoming album, Bangerz, set to debut October 8 that is guaranteed to cause more record-breaking hits, twerking and all.

This track comes off of her upcoming “Bangerz” album that hits stores and iTunes October 8.