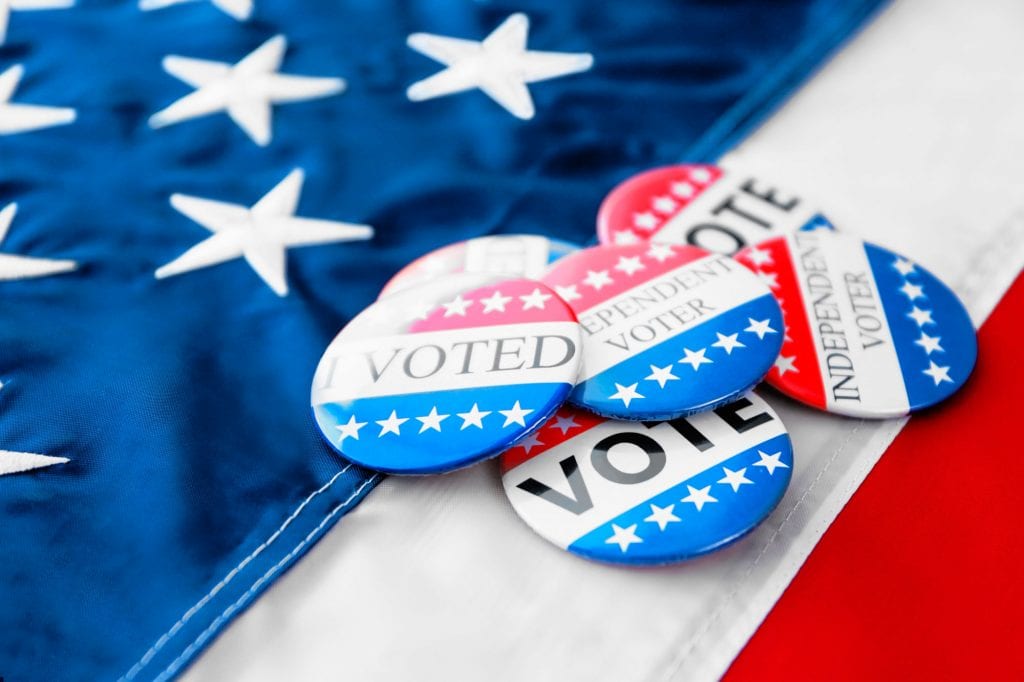 On Tuesday November 6, voters will receive their first chance to weigh in on Donald Trump’s presidency since he was elected in 2016. With the economy doing well but approval ratings falling short, the midterm elections could sway the control of Congress.

Still following? Here’s everything you need to know about the upcoming midterms.

What are the midterms?

Midterm elections take place halfway between presidential elections, every two years. On Tuesday November 6, voters will choose new members of Congress—a term that indicates the combined body of the House of Representatives (the House) and the Senate. President Donald Trump’s party, the Republicans, currently control both houses of Congress. However, the midterms are generally considered a referendum on the current president, with the party whose president is in the White House often struggling to secure a net gain.

Who is being elected?

36 state governors (similar to a local president) will also be elected, along with dozens of local legislative officials.

The most important question: Can the Democratic Party win control of the House?

This year, the Democrats believe that they can win control of the House by winning a majority of the seats. In order to do this, they will need to claim at least 23 seats from the Republicans; a feat that many experts believe to be possible.

On average, the party with a president in the White House has lost 32 seats in the House and two in the Senate in every midterm election since the American Civil War. President Trump has also received low approval ratings, a figure that is currently at around 42 percent. On the other hand, generic ballot polling shows the Democrats up by around eight percentage points.

Furthermore, this year, a record number of more than 30 Republicans have retired or resigned for a variety of reasons, with sexual harassment accusations and feelings towards the president among those cited. With representation in the House relatively proportionate to population, and voters usually reluctant to eject sitting representatives, this creates an opportunity for the Democrats to claim seats. Florida and Pennsylvania are two such key swing states where the incumbent will not be standing again.

In the last 50 years, the Democrats have only made a net gain of 23+ seats twice, in 1974 and in 2006. Similarly, the same period of time has seen the Republicans score a net gain of this size three times, most recently in the 2010 midterms during Barack Obama’s first term.

The low voting turnout for midterms (around 40 percent of Americans) has also tended to help the Republican Party, as those who do vote tend to be white and belong to an older generation. However, the “pink wave” of female candidates running for election is hoped to encourage more female voters and increase women’s representation in Congress.

35 of 100 seats are up for election in the Senate, with 51 seats needed for control. Republicans have a strong advantage over the Democrats here because the Democratic Party is defending 26 seats, while the Republican Party is only defending nine.

The Senate electoral system also means that each state gets two senators, regardless of how large the population is. These smaller states tend to be more rural and, in the past, rural areas have favored the Republicans.

What does this all mean for president Trump?

With control of Congress comes the advantage of passing or blocking legislative agendas.

If the Democrats win control of one or both of the houses, they’ll be able to limit the final two years of President Trump’s term. For example, they’d be able to block his future Supreme Court picks and investigate issues such as the president’s business dealings or the allegations of sexual assault made against him.

If the Republicans hold control of Congress, President Trump’s key agendas and promises could be revived. The president was only able to sign his overhaul of the US tax system into law because Republicans held majorities in both houses of Congress.

The word impeachment has also been following discussions around the midterms. Impeachment does not necessarily lead to a removal of office—the formal statement of charges against the president has only been presented twice. Both Andrew Johnson and Bill Clinton were acquitted after a trial in the Senate, and Richard Nixon resigned before he could be impeached in the 70s.

With the Democrats in control of Congress, calls for president Trump’s impeachment are likely to increase. However, Republican senators would need to turn on the president, as a two-thirds majority is needed to remove him from office.

Nevertheless, with a Democrat majority in Congress, the party would have a better chance of defeating Trump in the next presidential election in 2020.

The results of the midterms could shape the nation for years to come. A “blue wave” of Democrat majority in both the House and the Senate would be able to block President Trump’s future plans.

After the midterms, thoughts will turn to the 2020 presidential election. Worth mentioning here is the fact that 26 of the 36 state governors being elected on Tuesday are Republican. With governors playing a large role in supporting their party’s candidates, securing new governors could have a major effect on presidential campaigning.