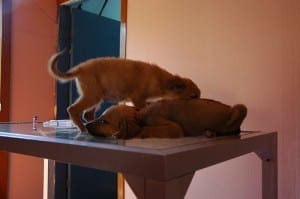 A microchip implant will be necessary for all British dogs by April 2016, as mandated by a new law passed in the U.K. this week.

These microchip implants will work to combat the country’s stray dog problem. According to U.K. Environment Secretary Owen Paterson, 110,000 dogs are lost each year and cost the country $90 million annually.

In the U.S., many still consider pet microchip implants to be a luxury. In the U.K., if dog owners fail to adhere to the new law, they can be fined up to $800.

Microchip implants in dogs can help owners track down their lost pets and help the government track down a dog’s owner. This can be particularly beneficial in situations where aggressive dogs are on the loose.

Some U.K. interest groups have qualms about the new law, suggesting that forcing law-abiding dog owners, particularly the elderly, to implant microchips in their dogs is a form of punishment, and this new law should be directly solely at dog owners who break the law.

According to British animal welfare group Dogs Trust, microchip implants feel like a pinch for the dogs receiving them and can be detected by a scanner. Stray dogs found on U.K. streets following the April 2016 deadline will be scanned for microchips.

According to Paterson, microchip implants will be free for dog owners in need of financial aid and subsidized by animal welfare groups.

“It’s a shame that in a nation of dog lovers, thousands of dogs are roaming the streets or stuck in kennels because the owner cannot be tracked down,” he said. “I am determined to put an end to this and ease the pressure on charities and councils to find new homes for these dogs.”