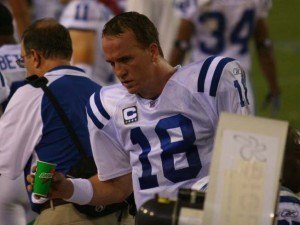 A website created by Miami Dolphins fans has made the proposal for Colt’s quarterback Peyton Manning to come to Miami.

Miami Dolphins fans are pressing for Peyton Manning, current quarterback of the Indianapolis Colts, to come be their quarterback.
A billboard put on the intersection of I-95 and I-595 in Fort Lauderdale has a picture of Manning holding a football and underneath him the words, “Manning to Miami.com” The campaign even put Manning in the Dolphins’ turquoise and orange.
The website’s goal:
Be part OF “the Movement” and Make History- BRING MANNING TO MIAMI- This site has been created to help influence Peyton Manning and the Miami Dolphins that “Manning to Miami” is a movement and marriage that the entire South Florida Community is behind. Tell family, friends(even enemies), tell co-workers, business associates to cast their vote and make a different in Bringing Manning to Miami.
The website list current sponsors and supporters, which as of now is the PhinNation and also includes the option to purchase a Manning to Miami t-shirt for $12.99.
In Billboard history, things have not always worked out like fans wanted them to. Tennessee Titans fans tried to bring Peyton Manning back to their state during Super Bowl XLVI. However, in Denver, the billboard created to make Tim Tebow starter worked out, at the expense of Brady Quinn though.
Several factors have to be considered though: Manning and owner Jim Irsay have yet to talk about his future with the Colts while his March 8 deadline for a $28 million bones is steadily approaching and Manning’s neck problems.
Manning missed the entire 2011 season after undergoing a surgery, but hopes to be cleared for the 2012 season.