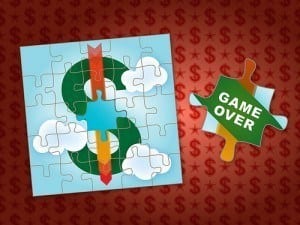 3 ticket holders have not come forward

A record breaking Mega Millions jackpot climbed even higher Monday after sales were totaled to $656 million, up from the originally totaled $640 million. The only catch is that no one holding any of the three tickets has come forward in what has been dubbed as the Mega Millions mess.

The three tickets, from Kansas, Illinois and Maryland, will split the jackpot. Each is estimated to receive $218 million before taxes. The ticket holders have a while before they are required to come forward, in the case of Kansas, up to a year. The winner’s that are causing the Mega Millions mess could remain anonymous if they are from Maryland and Kansas, but the winner from Illinois, if they ever come forward, will be identified.

The winning numbers for the identical ticket numbers were: 2-4-23-38-46 and a Mega Ball, 23. So if you have been living under a rock since the announcement and this is the first you’ve heard, congratulations you jerk.

A Maryland woman who works at McDonalds was believed to be the winner and reported to the New York Post that she planned to come forward this past Monday. No such thing has happened yet. Lottery officials remain skeptical.

“We’ve heard it’s somebody’s cousin, we heard it’s somebody who works up the street, the guy who mows the lawn, the lady at the McDonald’s,” lottery official jokingly Carole Everett told WPTV. The Mega Millions mess has not been cleaned up and none of the claims matter until the winner’s come forward.