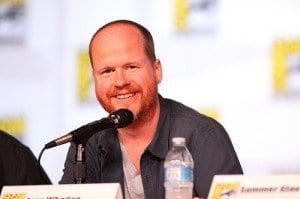 But they don’t say how old Ultron actually is

Marvel Studios had quite the showing at Comic-Con 2013, punctuated by the announcement of The Avengers sequel entitled The Avengers: The Age of Ultron.

Ultron, the presumed villain of the film, is a super-intelligent robot created by Hank Pym AKA Ant-Man (whose film is rumored to be a part of Marvel’s “Phase 3” line of films). The subtitle The Age of Ultron could potentially refer to a very recent crossover event in Marvel Comics of the same name penned by Brian Michael Bendis.

The Age of Ultron was not the only big Marvel Studios film featured at the panel however. Clips from Thor: The Dark World, Captain America: The Winter Soldier and the first footage from Guardians of the Galaxy.

The entire cast of Captain America: The Winter Soldier was present at the Comic-Con panel to discuss their upcoming film, which will hit theaters next summer. Footage from the Captain America sequel included Cap taking on a large group of S.H.I.E.L.D. agents, newcomer Anthony Mackie flying in action as The Falcon and the first footage of Sebastian Stan as the film’s titular villain The Winter Soldier.

The last film Marvel featured before they unveiled Age of Ultron was Guardians of the Galaxy. Producer Kevin Feige and director James Gunn featured some of the footage from the quirky Marvel flick that had only just begun filming a few weeks ago. The clip featured the characters who will become the Guardians: Chris Pratt’s Star-Lord, Zoe Saldana’s Gamora, Dave Bautista’s Drax and CGI characters Rocket Raccoon and tree-man Groot. One little piece of information that may have accidentally slipped out is that Thanos, the villain revealed at the end of The Avengers, will be appearing in Guardians of the Galaxy.

Marvel Studios certainly has a lot on their plate, and from the audience response to what was shown at Comic-Con, they will likely be just as successful as their past film outings. It looks like Summer 2015 will be a hell of a showdown between Marvel’s The Avengers: The Age of Ultron and DC Comics’ Batman/Superman film.