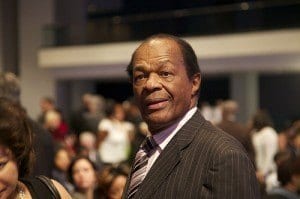 Marion Barry has had to apologize for insulting Asian-owned businesses in his ward, Ward 8, in Washington D.C. The Councilman was speaking at his primary election victory rally on Tuesday when he said, “We got to do something about these Asians coming in and opening up businesses and dirty shops.”

On Thursday, Marion Barry apologized about his comments. He told The Associated Press, “I want to express my deep apology for offending some members of the Asian community and the D.C. community. I have a solid record of relationships with the Asian community.”

Marion Barry continued, trying to explain what he had meant by his comments, “Ward 8 residents are spending their hard-earned dollars in these stores because they are the only stores in the immediate neighborhoods; my constituents want respect, too. It is to these less-than-stellar Asian American businessmen in Ward 8 that my remarks were directed.” Marion Barry added that he was referring to the businesses that didn’t sell healthy food or hire locally.

Mayor Vincent Gray and Council Chairman Kwame Brown were critical of Barry’s comments. Gray said, “I am deeply disappointed by Councilmember Barry’s comment. There is no room in this wonderfully diverse city of comments that disparage anyone on the basis of race, ethnicity, gender, religion, disability or sexual orientation.”

Marion Barry, who has served four terms as Washington mayor, has been in the hot seat before. In 1990, he was videotaped smoking crack cocaine and served a six-month prison term for it.